Warning: this article offers no discussion of legal issues, just my commentary on the continued viability of automotive dealerships in the face of franchisors looking to insert themselves more directly into the electric vehicle (EV) customer sales model.

It is a pivotal time for franchised dealers, who are responding to a fresh wave of changes to their business model – from Ford significantly altering its relationship with dealers, to GM offering buyouts to Buick dealers to OEM’s more aggressively marketing “over-the-air” updates to drivers. Many dealers are concerned that their franchisors may push them out of the EV sales process entirely, while others are skeptical that electric vehicles will take a long time for most vehicles owners to adopt.  What factors will help EV’s go mainstream in the US market?  Will franchised dealerships still play a major role in selling motor vehicles?

My response to these questions starts with a look at the book industry. 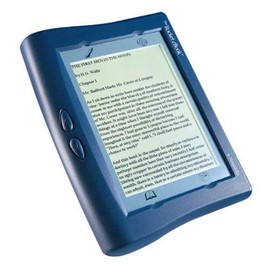 The Rocket and the Printer

Earlier in my career, I had worked in strategic planning for a major printing company that produced a large portion of the world’s books, including best-selling novels, children’s books, high school textbooks and various editions of the Bible.  For more than one hundred and forty years, that company, RR Donnelley, was successful because printed books never had any direct competition for readers.  Fast forward to the early 2000’s and Internet-based books (“e-books”) slowly and methodically expanded into the consumer and education markets.  Each year, our senior executives considered the threat of e-books when authorizing capital budgets to purchase multimillion-dollar presses and binding lines in our locations across the world.  With each annual budget request, these executives always asked my strategic planning team the same question: when will customers start regularly adopting e-books instead of printed books?

To answer this question, we read dozens of outside studies and surveys from consultants and experts, attended many publishing industry forums that asked the same question and perused year-to-year global market data to estimate when consumers would start moving en masse to e-books.  We even purchased a Rocket, a state-of-the-art e-book reader.  The Rocket weighed several pounds, had poor readability in sunlight and was too bulky to conveniently carry around.  When I heard the president of a national book publishing association state that the printed book would always dominate because it was easy to use at the “three B’s” (beach, bedroom and bathroom), I thought about the Rocket and readily agreed.  During the years I was at RR Donnelley, my planning team told our senior executives to keep the presses going and buy a few more for good measure.

Of course, better e-book readers came out that made a much bigger impact on the number of books printed globally, but it took many years for these products to have such an impact.  During that time, the death of the printed book was predicted regularly.  While the number of printed books consumed is down significantly from the same amount in peak demand years, we are still waiting for the death of the printed word to come.

What Could Happen with EV Adoption Among Mainstream Vehicle Owners?

So what did my e-book experience teach me about how future consumer EV adoption could compare to e-book adoption?

What Could Happen to Franchise Dealerships as EV’s Go Mainstream?

While several parallels between e-book and electric vehicle adoption do exist, there are important distinctions between the two consumer products.  Most important is the price point – a consumer can spend two dollars for a novel at a used bookstore or several hundred dollars for a college textbook, but these prices pale in comparison to the cost of buying an automobile.  Consumers can purchase books on a whim because they don’t cost much, but most consumers cannot say the same about motor vehicles.  Outside of buying a home or going to college, buying an automobile is often the largest financial commitment that most individuals will make.  Even for other high-priced items that are viewed as lower financial commitments (e.g., appliances), most people need to touch and feel what they are buying, ask lots of questions, look at product demonstrations and consider the many important product options that come with purchasing the product.  Such a process involves a substantially greater amount of one-on-one time between a consumer and retailer than the steps someone takes to purchase the latest Stephen King novel on their iPhone.  Franchised dealerships across the country have custom-built and refined their stores, business models and approach to local customers over the past one-hundred years with a singular focus on this intimate interaction, of which they experience with hundreds of thousands of vehicle buyers each day.  Accordingly, it is difficult to see how manufacturers could either entirely replace or significantly diminish the role of franchised dealerships and succeed in getting consumers to adopt electric en masse in a profitable manner for both manufacturers and dealerships.


Mr. Timson is an experienced attorney focused on franchised automobile dealerships. He is a member of Greater New York Auto Dealers Association and the National Association of Dealer Counsel.  He can be reached at ket@selawny.com or 631-777-2401.

COME VISIT US ONLINE FOR A COMPLETE OVERVIEW OF OUR DEALERSHIP LEGAL SERVICES AT www.SchwartzEttenger.com/dealerships.

SUCCESSION PLANNING: Essential To Consider For Every Business

ARE YOU RECENTLY WIDOWED? Schwartz Ettenger discusses when you need the counsel of an Estate Attorney